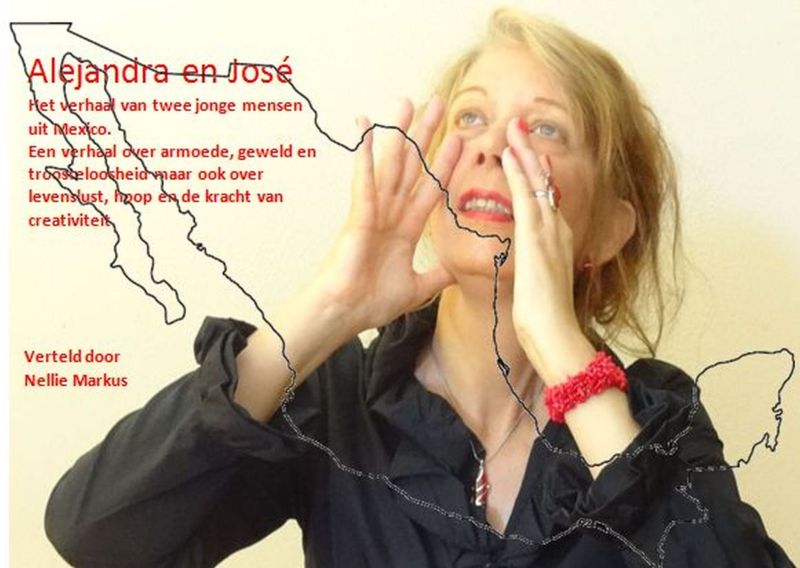 1: Monologue 'Alejandra and José': the story of two young people from Mexico.

In the autumn of 2013, the idea arose to make a piece about the lives of children in Mexico. I conducted interviews in Cuernavaca. When I got home I had a lot of material. While writing and deleting, the monologue has arisen. The play tells of events that the children actually experienced. But the young people also show that they have a lot of vitality and that the creative projects give them self-confidence again.

I knew Heleen van de Berg (Vrijdagtheater) from a theater course I had attended with her in 1993. Her way of teaching really appealed to me. We got on well. When I asked her if she wanted to direct the play, she said a resounding "yes". We worked hard from December 2013 to June 2014.
The play was performed in the Vrijdagtheater on Sunday 15 June and Wednesday 25 June 2014.

We have already been able to play the monologue in many places. And still offer this play because the story stays current and the people who support us get an idea of the life of the young people in Mexico and the importance of the projects. 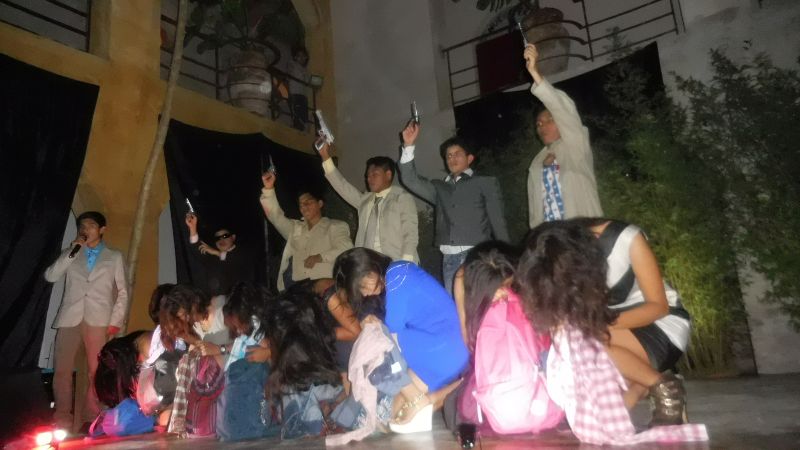 In this film, young people from NPH's family home in Cuernavaca play the leading role. The boys and girls in Mexico want to show why people decide to leave their country. And what violence does to you.

They are very proud of this film and want - in addition to showing why people leave their country - also contribute to raising money here in the Netherlands by showing this film to keep the creative projects in Mexico moving forward.

Content of the film: the migration of Mexicans to the United States due to the violence in their own country.

Duration of the film: approx. 30 minutes

The film premiered on April 11, 2017 at De3rdeverdieping in Arnhem.

After the screening of the film there is a debriefing. 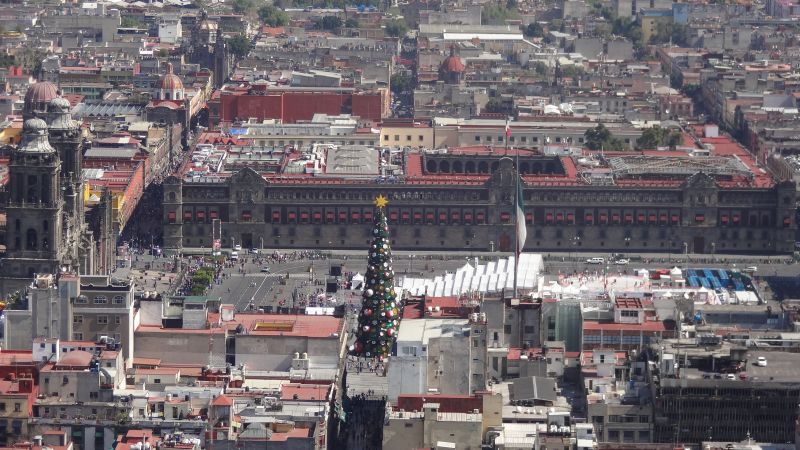 Built in the valley of Mexico, Mexico City is surrounded on all sides by volcanoes (including the famous Popocatépetl). On the basis of photos and film fragments, you will be given a tour of this city. We visit the Zócalo, see the ritual dances of Indians, walk further to Palacio de Bellas Artes where you can admire the murals of Diego Rivera, among others, go to the Anthropological Museum and on to the floating gardens and of course we don't miss the Frida Kahlo museum about. The Basilica of Guadalupe and the story surrounding it are also discussed. And much more, because this city provides an inexhaustible source of sights and stories. Duration: two hours. 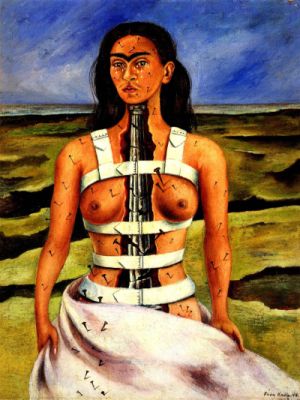 On September 17, 1925, the bus in which eighteen-year-old Frida Kahlo was traveling through Mexico City was hit by a streetcar. A piece of steel railing entered her body through her left side and exited through her vagina. For months she had to stay in bed, encased in bandages. Mirrors were attached to her sick bed so that Frida could paint herself.

The first time I saw the painting 'The broken column' in Mexico, this painting forced me to stand still and the pain was who carried out the canvas can be felt. Frida Kahlo's work ruthlessly shows her physical pain, her love for Diego Rivera and the pain this love causes, her dismay at her miscarriage and her loneliness. But also her vitality and the comfort she finds in painting.

We enter her world through a selection of her paintings. A world that offers the viewer a range of emotions. 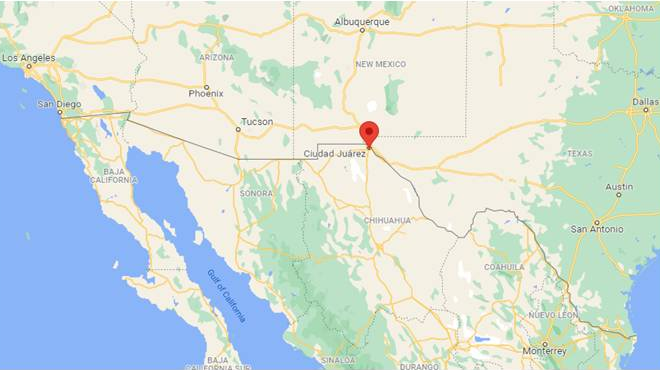 This lecture is about the problems with migrants who want to cross the border between Mexico and the US. 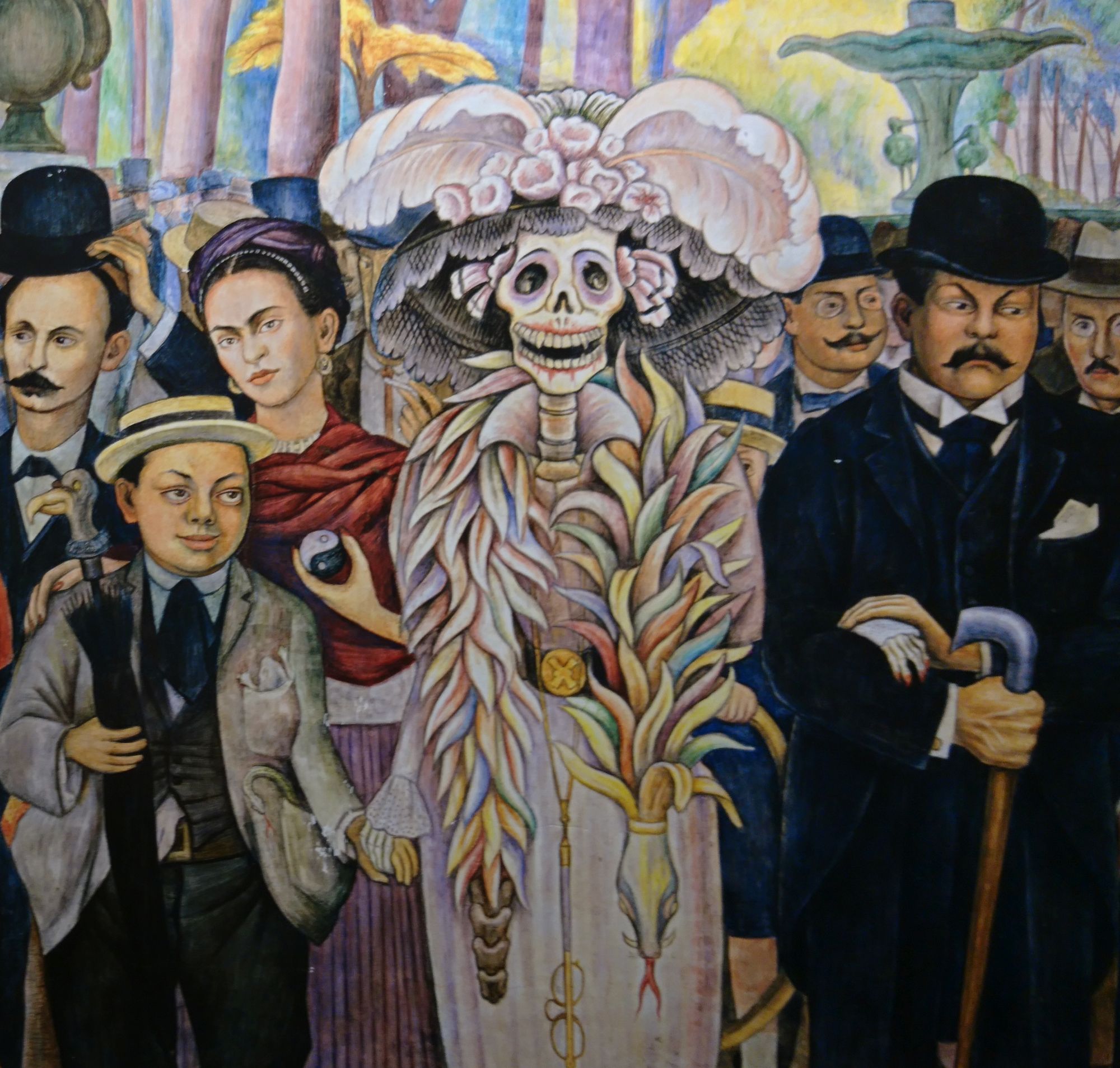 6: Lecture on Diego Rivera, Posada and the Luchadores

This lecture is about the life and work of the artists Diego Rivera and Posada. Also the luchadores (Mexican wrestlers) are treated.

Together with Karen Brouwer (conductor of 'Onbeperkt Talent') we organized a benefit music festival with performances by various groups and in addition, there was street theater at various locations throughout the day in Ede. Mieke Verbrugge and I took on that part together with a group of enthusiastic young people. 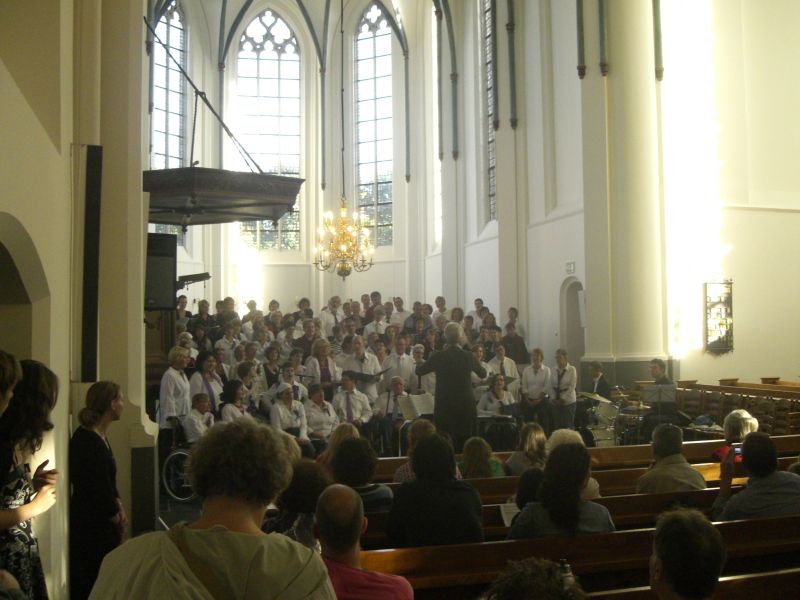 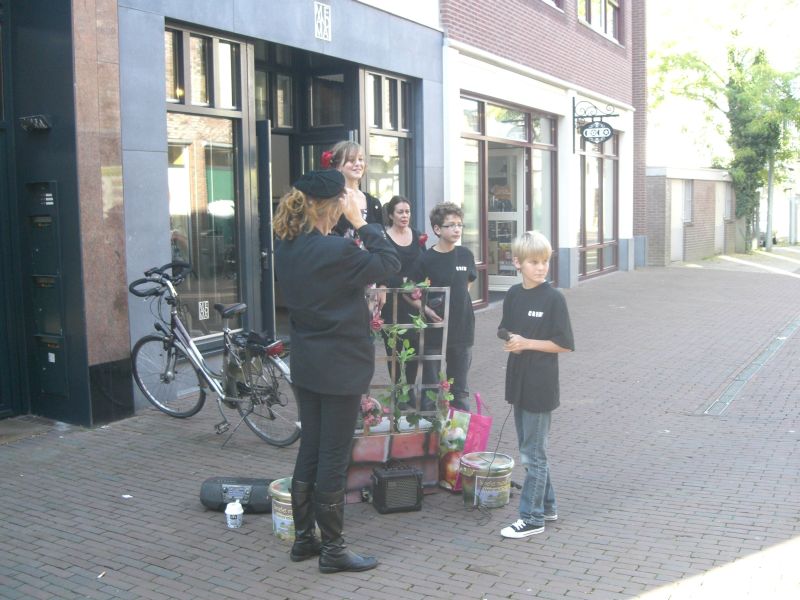 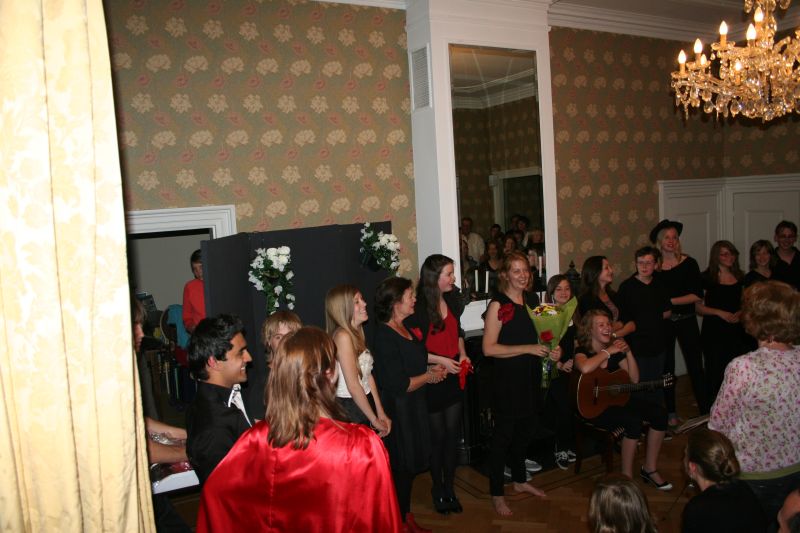 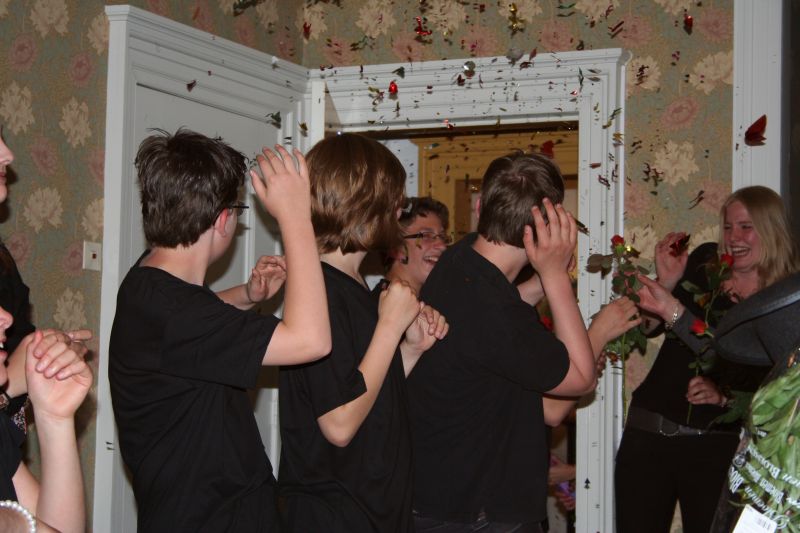 The young people have fanned out again but have made a major contribution to realizing the second project.

Luca Ruitenberg made a very nice drawing and we were allowed to sell it by auction on the site for our project. And Teus Weijman was the highest bidder. 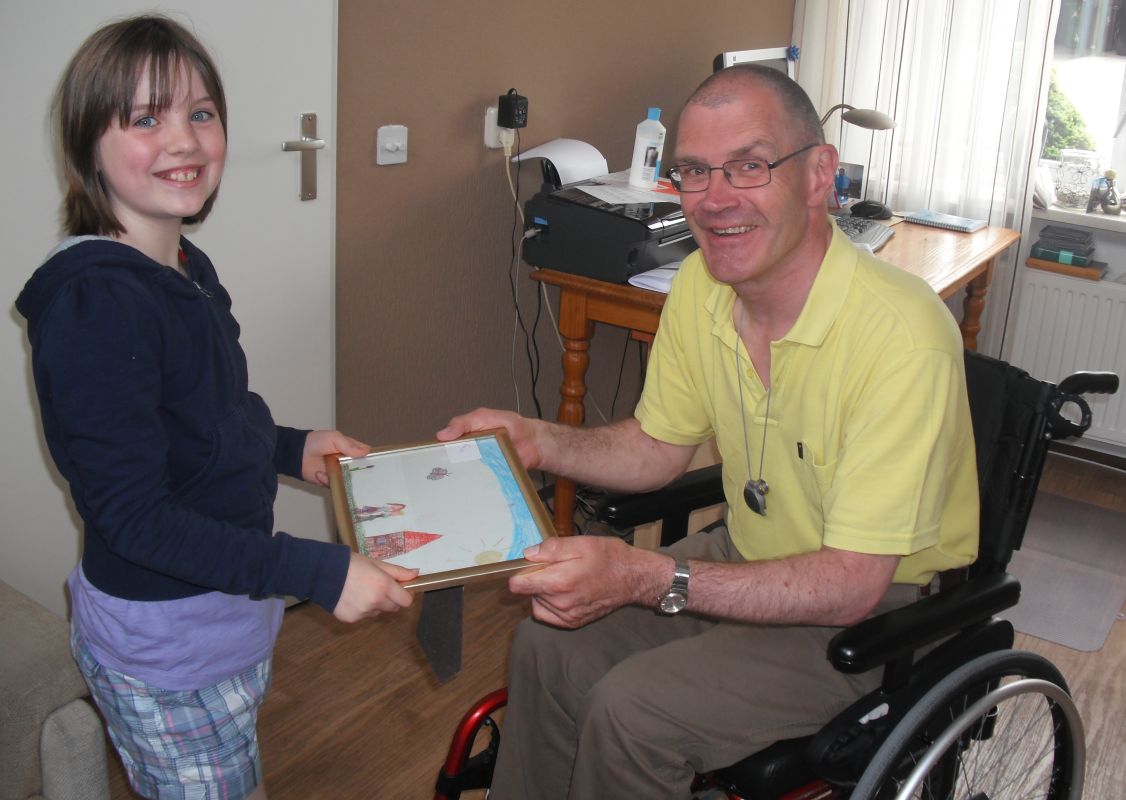 Alejandro made a beautiful drawing for us. Readers of the newsletter have transferred money and this drawing has been raffled among them. 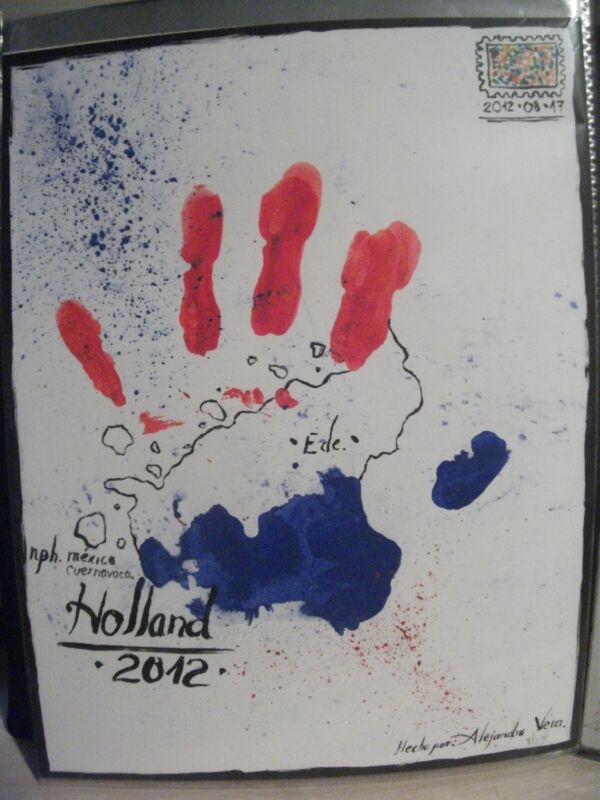 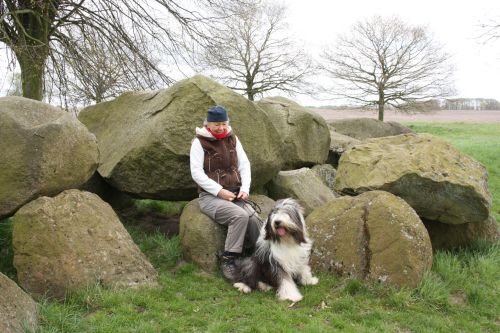 For 2016 - 2017 we are the Diaconal Project for a year at the Parkstraat municipality Arnhem.

And when playing the monologue 'Alejandra en José' at the Parkstraat, someone very special provided the music! Eric Vaarzon Morel! 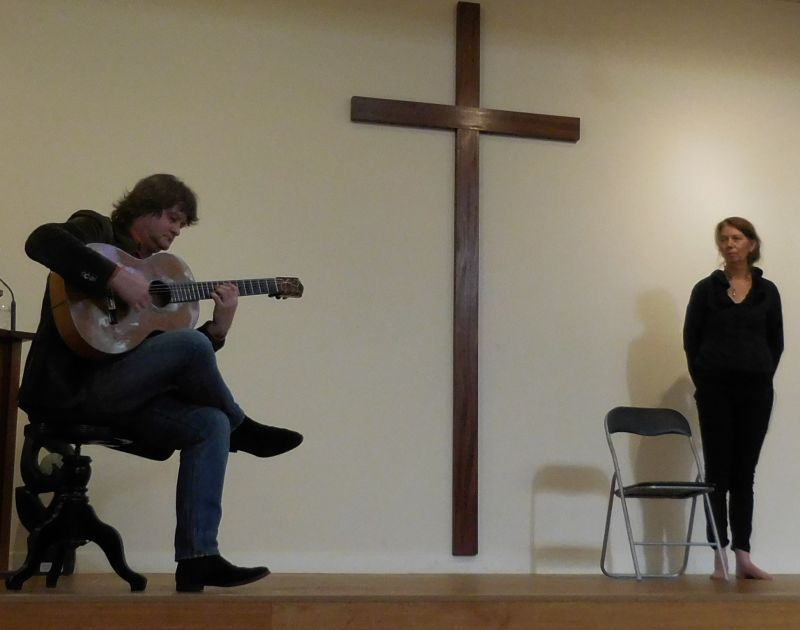 We asked him to describe why music is so important to him in his life. And his answer is: la múscia es mi lenguaje!